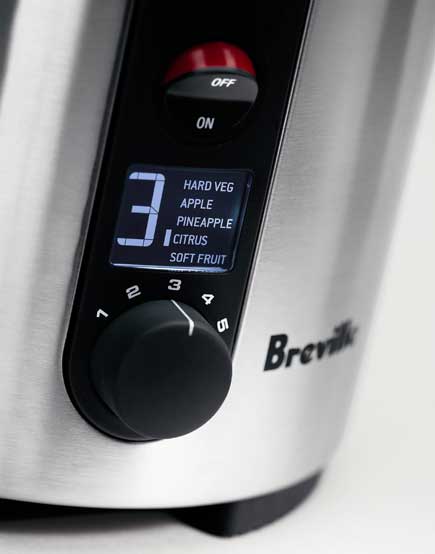 5 speed settings make this juicer more versatile, with lower speeds for softer fruits and leafy green vegetables and higher speeds to maximize extraction from dense foods such as apples and carrots.

The Breville BJE510 Juice Fountain Multi-Speed with variable speeds is a smart juicer that adjusts speed to extract the maximum juice with minimal waste. A built-in smart chip increases power to the cutting disc under heavy loads so juicing is accomplished as efficiently as possible.

Fruit is largely composed of water, but its selling point is its nutritional value. How do you extract the juice from fruit, without leaving the nutrients behind? Breville’s Nutri Disc and patented juicing system extracts more nutrients than other juicers and transfers less than 1.8F of heat to protect enzymes and maximize nutrient absorption of select nutrients.

The 900 watt motor has speeds ranging from 6500 rpm for softer fruits and leafy greens like cantaloupe or spinach to 12500 rpm for maximum extraction from denser foods like apples or beets. A smart chip allows the juicer to sense the load and adjust power accordingly, making juicing more efficient. 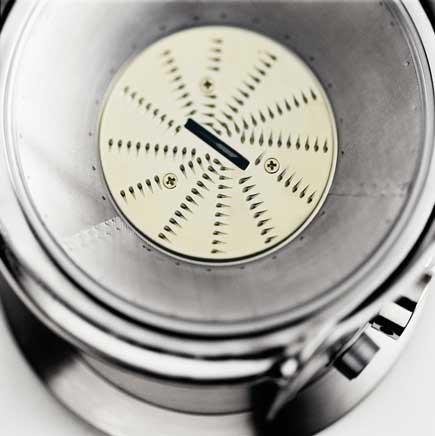 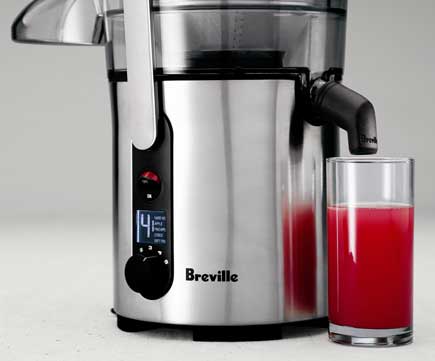 The 900 watt, high-grade 5 speed motor features a built-in electronic smart chip that increases power to the cutting disc under heavy loads. As a result, the filter extracts more juice and can make an 8 oz. glass in just 5 seconds.